Power battery is used in new energy vehicles to provide power for its battery, power battery for the general battery technology requirements, higher requirements for the sustainability of the battery, the current domestic power battery manufacturers are blooming everywhere, on the surface of comprehensive development, a good scene. Liquid cold plates widely used in the power battery pack, experts believe that the power battery pack industry will be from everywhere to the situation of polarization transformation, in a period of time, the power battery enterprise polarization is significant, leading with the leading pattern is basically determined.
Looking at the development of domestic power batteries, the rapid expansion of battery capacity, too fast expansion of lithium battery, in general, will continue to excess. From the perspective of quality, there are many low-quality production capacities, while high-quality production capacity is still lacking. The concentration degree of power battery industry will be further improved and will concentrate to the high-quality high-level enterprise, the popular model supporting manufacturers mainly concentrate for CATL, byd, guoxuan, lishen, funeng and other first and second line power battery leading enterprises.
Looking ahead to the future market, the structural surplus will be maintained for a long time, the scale effect of leading enterprises and technological breakthroughs will achieve a steady decline in costs, profit margins will have a good performance, and low-end battery companies are facing greater reshuffle pressure. How to survive in the competition, has become the power battery enterprise must think about the problem. 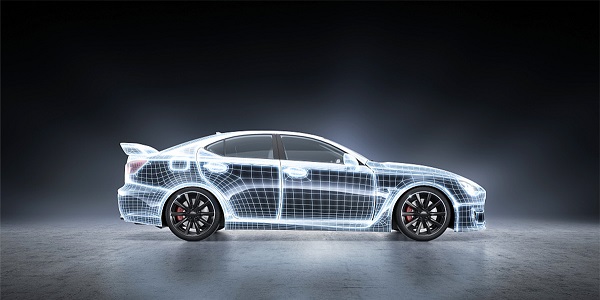 Process technology is very important for power battery. The preparation of a power battery will develop to scale and intelligence to improve product consistency and yield, which is a key point to improve quality. The progress made in the large-scale production and intelligent manufacturing transformation and upgrading of power batteries can also be seen as a window of whether there is a breakthrough in quality.
With better technology and process, power battery enterprises will be targeted by important domestic and international automobile enterprises, especially leading enterprises, which are basically equipped with mass production conditions. Large-scale intelligent production equipment can through digital means, the introduction of big data analysis and the principle and method of artificial intelligence, improving the quality of products at the same time realize the capacity of statistics and product basic diagnostic and traceability, finally realizes the comprehensive monitoring of battery production process, effectively solve the consistency problem of poor and low yield of battery. Power battery package liquid cooling radiator experts believe that this needs to spend a lot of money on technical equipment update and continuous improvement in the process, which is also very test power battery enterprise strength.
Throughout the world, the production of power batteries is mainly concentrated in China, Japan and South Korea. Industry giants include Samsung and LG Chem of South Korea, Panasonic, ASEC and SONY of Japan, and byd and CATL of China. In 2016-2017, domestic battery manufacturers are in the trend of expanding production across the board. By 2020, the effective production capacity of the country will be dominated by three yuan, and the top five power battery enterprises will occupy more than 80% of the market share.
Although Japanese and South Korean power battery enterprises are ahead of China in technology, Chinese enterprises are catching up quickly in technology and cost advantages are highlighted. At present, the four major raw materials have all been independent, the highest positive pole and diaphragm barriers have been exported, the key equipment of lithium battery has been independent, and the leading intelligence has been exported. CATL has entered the supply chain of BMW and other first-class car companies. It is foreseeable that 2-3 world-leading power battery brands will appear in China to seize the global market share. Experts believe that especially in the field of high-end power battery, the cost advantage of Chinese enterprises will be further highlighted.